skip to main | skip to sidebar

Funny Words (not mine)

It's funny because it's true:

Hey, Look by Simon Rich
Posted by Office Overlord at 7:35 AM No comments:

The Day After Independence Day

The virus worked. Across the planet, alien motherships are crashing to Earth like so many K-Fed follow-up albums. People of every nation are celebrating with cheers, heavy drinking, and various forms of interpretive dance.

There's no question that Independence Day was a huge success, grossing over $300 million dollars in the U.S., and better than three quarters of a billion dollars worldwide. Why, then, has there been no sequel? Only Titanic has grossed more without either being or spawning a sequel, and let's face it--there wasn't much they could do after that one. ("So, after 150 years, Jack's frozen corpse is found by a passing freighter, which just happens to have a beautiful young woman aboard who's unhappily engaged to the Chief Engineer, and they thaw him out and…hey, where are you going?")

In fact, plans for a sequel were bandied about the Fox studio in the summer of 1998. When it came time to approach the principal characters of the first movie, though, they ran into a few snags...

President Thomas J. Whitmore – Riding a wave of post-alien-invasion popularity most incumbents only dream about, President Whitmore cruised to a landslide victory that November. The first months of his second term, overseeing the rebuilding of the nation and the recovery of alien technology, were a smashing success, and there was even a groundswell of movement to amend the Constitution in order to allow him to run for a third term. Unfortunately, the administration was rocked by a scandal from within his own family (see below), and that movement never gained enough momentum to reach Washington.

President Whitmore served out the remainder of his second term and went on to lead a fairly typical post-office life of book tours, library openings, and extremely lucrative public appearances. Even then, though, he was not done being a part of America's political process. His stint as part of McDonald's “Healthy McLiving” campaign, exhorting customers with the words “Today...is our day of independence...independence from trans fats!” actually caused the Senate to pass a bill limiting the types of engagements for which a former President could accept a speaking fee.

Capt. Steven Hiller – After completing his enlistment, Captain Hiller went on to join the NYPD. It would not be the last time he dealt with extraterrestrials, however. His previous experience with aliens, as well as his exemplary record as a police officer, brought him to the attention of a secretive government agency charged with human-alien relations. He was regarded as one of the best of the best of the best—with honors!

He obtained his law degree through a correspondence course and practiced criminal law for a time, but a particularly dangerous case involving organized crime forced Captain Hiller into the witness protection program. He tried his hand at both professional golfing and professional boxing, but his success with both put him in too much danger of being recognized. Eventually, he returned to law enforcement with the secretive government agency that had initially recruited him. At last report, he was heading up a new homicide division that specialized in investigating crimes allegedly committed by artificial intelligence. 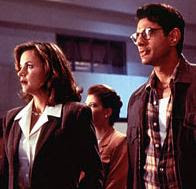 David Levinson and Constance Spano – As with most romances born of crises and reality shows, theirs faded after six months. David returned quietly to obscurity, though he would eventually be arrested for writing viruses directed would-be cable thieves. Connie returned to her position as White House Press Secretary, where she spent many late nights working closely with the President, working to rebuild the country after the invasion. Ironically, the candle David had accused her of having for the President years before now finally had a chance to burn, and she may well have been the first First Lady to marry a sitting President were it not for...

First Lady Marilyn Whitmore – Reanimated using alien technology found in the wreckage of the mothership, she became the first zombie First Lady (or second, if you believe the rumors about Pat Nixon). She would, unfortunately, prove the undoing of her husband's administration, as her hunger for brains eventually led her to eat one foreign ambassador too many. Nobody noticed when Canada's disappeared, and eating France's may have even upped her approval rating, but Trinidad and Tobago's crossed the line. She was tried, convicted, and sentenced to chasing by torch-wielding mobs, followed by chainsawing, followed by shotgunning. She plans to appeal.

Julius Levinson – What, another movie you're making? Oy! My feet, they're still aching from that movie! And my image! Hundreds of thousands of people going to see the first one, and me looking like I just rolled out of bed! You couldn't get a wardrobe that didn't look like it was picked up off the floor that morning? You spend millions of dollars making the alien ships look just right, you couldn't even buy me a comb? And what's this, who do you think you are, Mr. Big Man with the big sequel? Eleven years, you don't call, you don't write, now you just show up on my door expecting me to dance for your big sequel? In my day, we respected our elders more than that! And another thing I'll tell you... 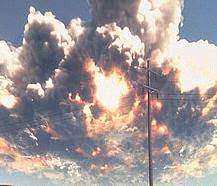 Unnamed Commanding Officer (Dan Lauria) – Dan went back to his quiet family life in the suburbs, raising three children to the precocious narration of the youngest boy.

Captain Jimmy Wilder - Though he would never know it, his death in the first alien engagement saved him from an even worse fate—-life as a lounge singer off the Vegas Strip.

Major Mitchell – Jealous at the way congratulations and appreciation were lavished on practically everyone but him, Major Mitchell stole a high-ranking female officer's identification and, in spite of the improbability of a man having a name like “Jayne”, was able to bluff his way through security and swipe one of the alien spaceships. From there, he headed out into the galaxy to make his way as a mercenary, figuring that, one way or another, he'd find a way to be a Big Damn Hero.
Posted by Office Overlord at 8:11 PM 1 comment:

Office Overlord
Either the super mega-ultimate pinnacle in office administration, or an out-of-work office manager trying to figure out what to do with an internet connection while the porn's downloading.